What are the 5 design principles?

Once you understand all the elements of the design, it's easy to be ambitious and want to include multiple shapes, different colors, or types of lines and fonts. But without the principles of design, you'll end up with a disconnected, confusing and difficult to navigate composition. Alignment creates a sharper and tidier design. Aligning the elements allows them to create a visual connection with each other.

It tightens the design and eliminates the messy and messy effect that occurs when items are placed randomly. Balance in this case is related to our physical equilibrium, or what we perceive as balanced. The balance can be symmetrical or asymmetrical. In both cases, it is intended to provide visual stability.

In a two-dimensional design, balance can be understood only in terms of our perception. A symmetrical design shall have all the elements arranged on a central axis (horizontal or vertical), to allow an equal space on both sides. If we assume this in terms of a layout on a sheet, no matter how wide it is, the amount of empty space left around the design must be equal. An asymmetrical design will be opposite to a symmetrical one and is therefore a little more complex.

The objects here balance each other and may not necessarily work around a central axis. However, the balance is achieved however, provided that it is visually composed. The image above provides an example of asymmetrical equilibrium. The objects are placed below the horizontal central axis, but the other design principles have been used to harmonize the image.

In a nutshell, emphasis is used to capture the viewer's attention. One element of the design can be emphasized by using color, gradation, contrast, texture, shape or location compared to the rest of the design. Of course, to emphasize the element, the presence of other elements and design principles is essential. For example, while preparing an architectural design of a building, without the presence of trees in the background, a road in front of the building, and perhaps some human figures, the design of the building cannot be emphasized.

In addition, there may be an aspect of the building itself that needs to be emphasized. In short, emphasis is placed on creating a focal point in the design. The emphasis in the image above is provided by the green object, which stands out clearly against the monotonous background and the other objects. Also note that the emphasized object creates an asymmetrical balance, but the image looks unified.

Any design should provoke harmony and should look unified. The various principles, when combined to create a design, must work in harmony with each other. A splash of unrelated objects or images cannot create unity. Instead, unity is achieved through the use of all or any of the above-mentioned design principles.

The use of the variety would be disputed against the unit. However, it is important to understand that unity can be achieved even in the variety. This is where harmony comes into play. For example, when considering the design of a web page, ultimately, a web page has to be composed in terms of its title, content, sidebars that provide information, and the various advertisements posted on it.

All design elements must be combined to create and consolidate this design principle. Alignment creates a sharper, more unified design Alignment is one of the most basic but most important principles of design, as it allows our eyes to see the order, which is quite comforting for the reader. Have you ever seen a design and don't know where to look? Left, right, centered? Having a strong alignment point within the design allows our eyes to flow smoothly through the visual message. Aligning the elements together so that each element has a visual connection to something else on the page, tightens a layout and eliminates the cluttered and cluttered effect that occurs when you place the elements randomly.

Let's look at some good visual examples of alignment in graphic design. Lineup plays an important role in this menu design for a family coffee shop from Motyw Studio. The rate aligns to the left, while all prices are aligned to the right. Alignment extends across multiple pages of the menu so that images, headers, and information are always aligned.

This creates a visual connection between the elements, simplifies the design and ensures that the viewer always knows where to find the information they are looking for. Repetition strengthens a design by joining together parts that would otherwise be separate and, as a result, creates associations. By repeating the elements of a design, you immediately create a familiarity or identity, repetition is an important factor in the unity of multi-page documents. When looking at a post, it should be immediately obvious that p, 5 and p, 10 belong to the same publication, whether because of the grid, font style, font size, color, spatial relationships, etc.

Repeating can also be used to create graphical elements, such as patterns, as long as it doesn't become overwhelming; be aware of contrast. Repetition helps people identify that separate things go together. Think of it a little like a family. Everyone in the family looks a little different, but there are enough similarities that you can see that they're all related.

Let's see some more visual examples of repetition in graphic design. Packaging is a great way to see this in action. Let's take these Olipop cans as an example. The position of the logo is repeated and uses the same fonts.

Each one has different colors and illustrations to distinguish the different flavors, but they are all similar enough to recognize that they are part of the same family. This example of the visual identity design for Fort Point Beer by Manual shows how repetition is vitally important in the brand. The company is trying to create a strong sense of recognition and the repetition of the pattern and style of illustration at different points of contact with the consumer creates great consistency and brand awareness. Contrast is the most effective way to create emphasis and impact in your design.

Contrast plays a crucial role in organizing information on a page. It provides the reader with a guide on where to look first; what is the most important point? What stands out the most? In contrast to work, it must be loud and obvious. Our eyes like contrast; don't make differences look like a mistake. To make an impact, the differences must be obvious and extreme.

In this example from Notebook II by Imprimerie du Marais, the contrast between the deep blue on the outer packaging and the bright orange touch on the inside is intriguing and entices the viewer to open the box. Once they do, a greater contrast is revealed between the minimalist exterior and the heavily patterned contents. Both add a sense of pleasure when unpacking the item. The contrast across the scale also works the other way around.

Like this example from the Yellow Pages by art directors Ron Henriques and Andre Calazans, where a lot of space around a small object attracts attention, creating a clear focal point. And as you can see in this poster by Vasjen Katro, the evident contrast in color makes certain elements of a design stand out, creating strong focus points. Contrast can also be used in the choice of materials, which you can see on this egg packaging from ZBS Brands. Using papers with different textures for the same project creates depth through contrast.

Think about it, hierarchy is usually something we think about when we describe ranking in a business or organizations such as politics and the Church. It is a system in which people or things are organized according to their importance. In design, hierarchy creates a visual organization for a design and gives the reader an idea of where to start and end the reading. Each element that is part of the design can be given a priority ranking.

A designer can then make decisions about position, size, contrast, color, etc. To ensure that the desired hierarchy is achieved. Let's look at some good visual examples of hierarchies in graphic design. While all elements are equally important in the overall impact that a graphic design creates, the emphasis points to a main focal point.

This is used to encourage closer scrutiny. It is the gateway through which you allow the viewer to explore the rest of your work. Viewers may be distracted when there are two or more equally dominant elements in a design, but proper use of emphasis avoids this problem. What makes some arrangements of design elements harmonious and others cacophonic? It is the prudent or reckless use of the scale.

Scale is the size of the overall design taken in relation to the various elements that make up the design. Scale only comes into play when a design element is compared to another element or to the background. You can also use light and color values to influence the scale. The rhythm manipulates the movement of the viewer's eyes through the desired direction of the compositional flow.

As already mentioned, the focal point is the gateway to the design flow, but it can guide the eye through the compositional flow by means of directional lines, gradation, pattern repetition and implicit action. Although at first the elements may seem scattered, their proximity adds unity and continuity to the page. Even if you intend to stick to templates, it's helpful to know the design principles in order to customize an existing design. It's useful when you want to make a direct message, to stand out from the clutter found in many graphic designs.

The design may seem simple, but when the pencil hits the paper it can be frustrating to visually express the message you're trying to illustrate. Adding too many variations in shape, color, or font can confuse viewers and weaken a designer's desired message. Notice that in the template on the left, taken from the Apple pages, the related elements are grouped together, unlike the linear layout of the hobbyist designs, as shown on the right. Adding color contrast makes the design stand out and draws attention to important parts of the presentation and message.

Regardless of the type of graphic design that suits your company's needs, design functionality will be improved by employing design principles. Understanding the principles of design and how they interact is vital for both new and expert designers. The design elements are grouped, with strong alignment and repetition of arrows and bullets. For example, if you are designing a building, the window should be in proportion to the building, depending on the chosen scale.

While the elements of art are considered the basic components of design, the principles of design can be seen as the rules. The proportion can only be achieved if all the elements of your design are of a good size and are carefully located. The spaces between repeated visual elements create the basic principle of designing the rhythm to form, similar to the way the space between notes in a musical composition creates a rhythm. If there are three things in blue sans-serif italics, you've created a pattern and you're back in control of your design.

Framing refers to how the main theme of a design is positioned relative to other elements on the page. As already mentioned, there is no real consensus in the design community on what the fundamental principles of design really are. . . 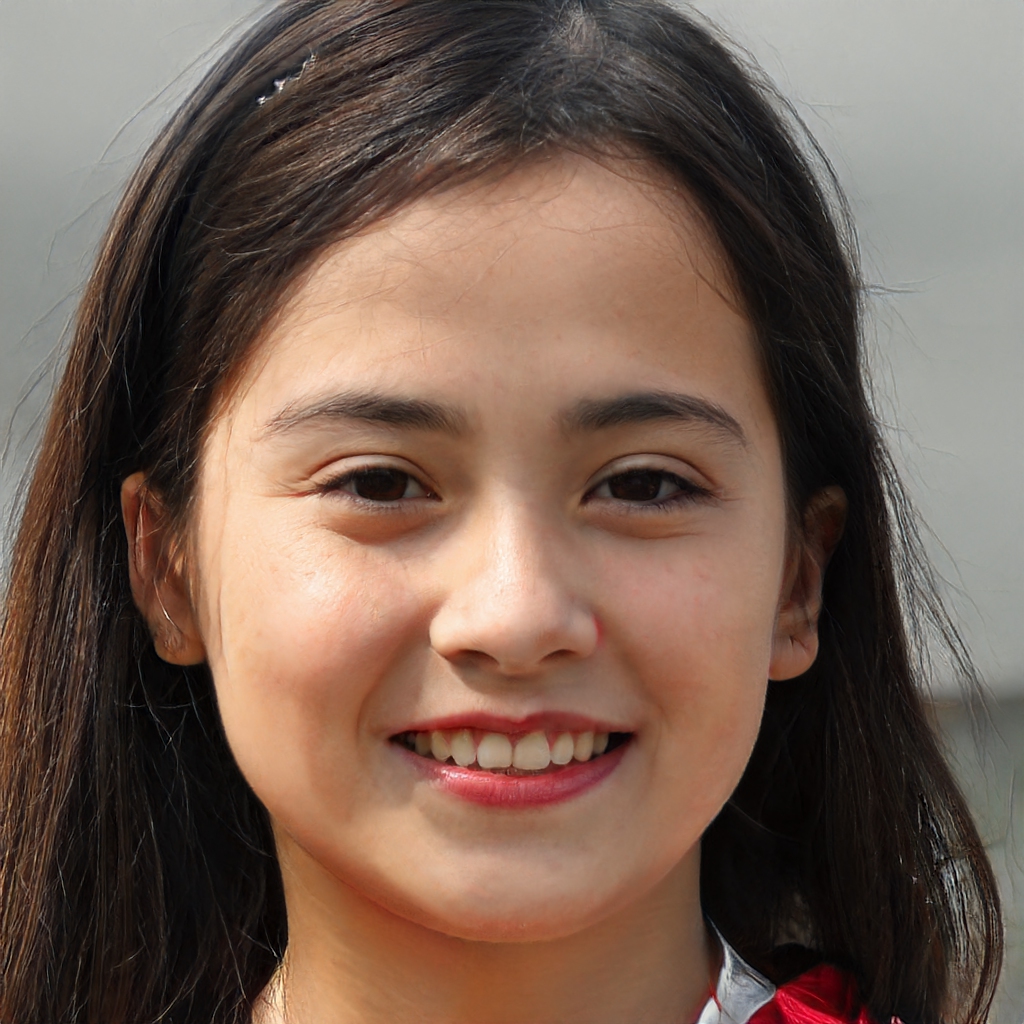 How seo works step by step?

What is the most important principle of web design?

What are the 6 principles of web design?

What are the six elements of web design?